Get instant property alerts for www.mauihomes.net

Get the MoveTo App

If you are a buyer, seller or investor looking at the Maui real estate market today and where it could be going in the future, getting an in-depth historical perspective into how the Maui and Hawaii real estate market developed can be both interesting and very helpful. 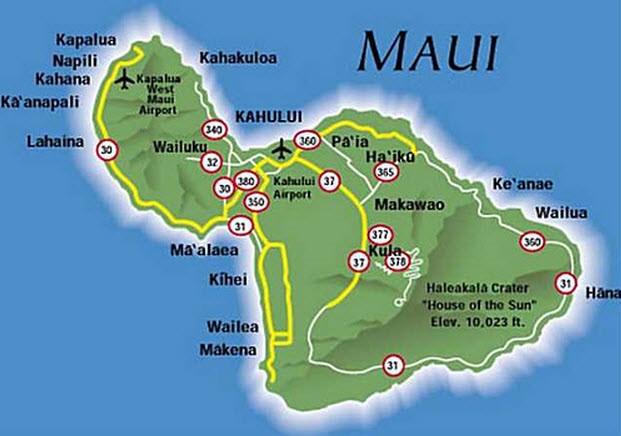 When examining the early origins of the Hawaii and Maui real estate industries, the first thing to acknowledge is that their evolution, development, and growth are inextricably tied to the late 19th and early 20th Century development of Industry and Tourism.

Early Visitors and The Beginnings of Tourism in Hawaii

Hawaii was first discovered by Europeans in 1778 when James Cook and his crew came across the islands. The unique location of this grouping of islands, located fairly centrally in the Pacific Ocean between the east and west, made it a logical and perfect strategic stop along the way of several key trade routes.

Travel to the Hawaiian Islands began to rise in popularity as a destination when steamships made faster travel possible. Prior to the steamship, the only viable means to get to Hawaii was by Sailboat and a 2,000-mile crossing was neither appealing nor viable for a family vacation!  Beginning in 1875, the Pacific Mail Steamship Company allowed passengers to book travel to Honolulu on board the ships that stopped there between the United States and Australia.

Feel FREE to share this Infographic! Add the "Maui Real Estate - Early Origins to your website. Just copy and paste the code below onto a page on your website.

The Hawaiian Promotion Committee, founded in 1903, was one of the key early forces and seeds that laid the foundation of Maui real estate development. Funded in part by government monies, the Committee was the first bonafide organization to put Maui on the International map as a Tourist Destination. It even hired an advertising agency on Madison Avenue, to help with this effort. The Committee went over and above the mere promotion of Hawaii, getting behind necessary beautification and infrastructure projects such as the Mala Wharf and the Royal Hawaiian Hotel. If Maui were to become a choice destination, it would need first class facilities to attract people to its shores.

The opening of the Royal Hawaiian Hotel in February 1927 was met with great praise by the newspapers. It was seen as a magnificent world class resort in the heart of paradise and a landmark moment that would put Hawaii on the world map. In retrospect, historians consider it's opening a pivotal event in the development, promotion, and awareness of Hawaii as a destination resort.

In addition to resort life, the sheer natural beauty of the islands also drew tourists to its shores. Maui’s leaders understood the necessity to preserve these for visitors and residents alike into the future and for their own potential profit. Lorrin Thurston, for example, worked tirelessly from 1906 to 1916 with Congress to establish the Hawaii National Park. He also, along with several others started the Volcano House Company in 1891 acquiring and renovating the existing hotel structure, right at the edge of the Kilauea Volcano. Thurston was credited by Robert Allen (a highly respected Hawaii tourism executive) as having “created the foundation for Hawaii tourism.” 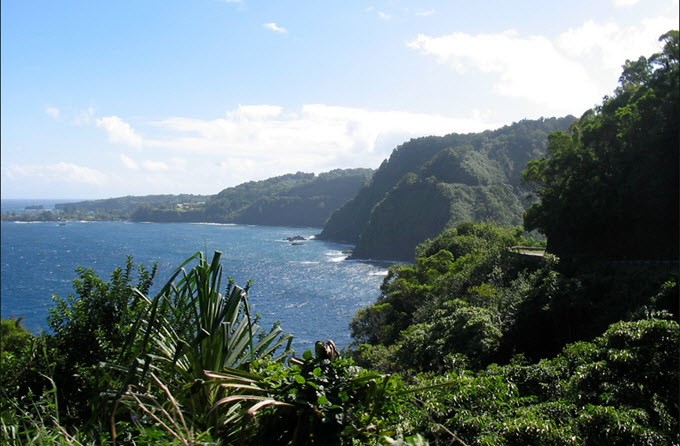 In due course, the advent of commercial aviation made the islands more accessible and was a powerful catalyst in the ongoing promotion and development of Hawaii. On November 22, 1935, Pan American Airways offered the first regular commercial flight from the US mainland to Hawaii.

Hollywood also helped to build the mystique of the Islands featuring the Islands in a number of movies in the 1930’s such as “Waikiki Wedding” starring Bing Crosby and Martha Raye which won the Oscar for best song in 1937.

By the end of the 1930s, tourism was the third largest industry in the islands, behind sugar and pineapples.

Industry & the Emergence of the Maui Real Estate Market

Hawaii’s Sugar and Pineapple industries would play a significant part in the development of the real estate market on Maui and Hawaii. As each industry witnessed its heyday and then gradual decline, plantations and companies consolidated and executives looked for the next “big” thing to invest their profits into. Real Estate and Tourism was a good bet to target. For example, the Maui Land & Pineapple Company which was formed in 1969 would play a major role in resort development and the Hawaiian Commercial & Sugar Company (HC&S) was instrumental in conceiving and building the dream city of Kahului.

The Hawaii Islands - Pearl Harbor - were at the epicenter of the event that brought America into the second-world war. It was the catalyst that brought put everyone to work and brought America out of recession, sparking one of the greatest periods of innovation and prosperity that America and the world had ever seen.

The impact of the second-world war on Hawaii was far reaching. Due to the position of the islands, they were a key strategic point for the United States military forces during World War II. As a result, vast new infrastructure was added across the islands inclusive of harbors, roads, and airports for use during the war.

This infrastructure was an essential and key part of the foundation for the development of both Tourism and the Hawaii and Maui real estate industry. Demand for real estate increased when World War II was over. The passing of the GI Bill helped veterans buy homes at unprecedented low-interest rates, and many who had spent time in Hawaii during the war wanted to live there when it ended.

The growing mechanization of sugar and pineapple production that happened after the war decreased the number of workers needed on these plantations, forcing many workers out of the plantation camps where they were living, to look for new housing. Planned communities, such as "Dream City" of Kahului in Central Maui, sprung up as places where former plantation workers moved. 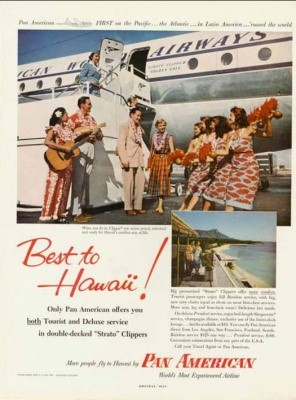 Real Estate Boom During the 1960s

Commercial jet travel brought many visitors to Hawaii during the 1950s, but not necessarily to Maui, which actually declined in population as mechanization of the plantations led to layoffs and workers left looking for work on the main Hawaii Island. The answer to stem the outbound flow of labor and invigorate the Maui economy was outlined in a land use report prepared in 1959 that analyzed what could be done differently.

The report identified the massive under-utilization of Maui’s spectacular natural beauty and beaches. A key recommendation was to build upon the existing infrastructure and develop some fine destination resorts.

The report led to the birth and rise of the resorts in Kaanapali, Kapalua, and Wailea which were fueled by mainland and foreign leisure companies and the wealth of the local Pineapple and Sugar corporations.  Tourism brought money into the economy, fueling new jobs, the need for housing and real estate speculation!

In our next article, we will take a closer look at the factors impacting real estate development from 1950 through the 1990’s on Maui.