Get instant property alerts for www.mauihomes.net

Get the MoveTo App

Things to Do on Maui 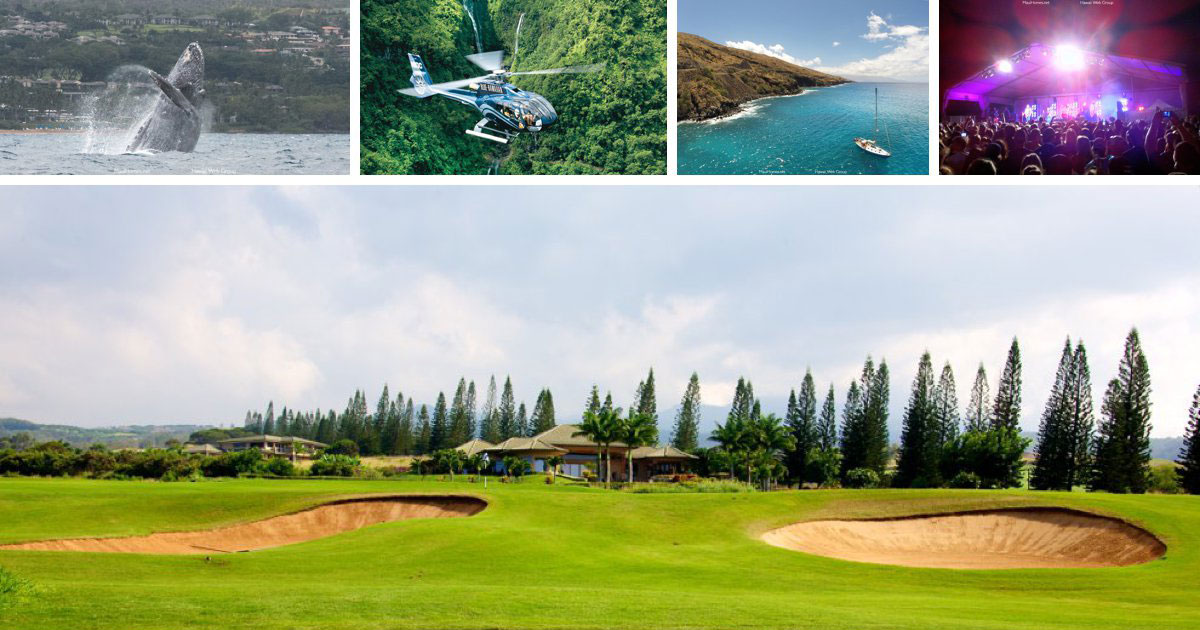 January might bring to mind the worst of winter gloom—bleak weather, sludgy streets, and a major hangover from the holidays.

But January on Maui tells a different story entirely. Slightly cooler than the months that precede it, and with fewer crowds after peak season, the Valley Isle experiences a sense of peace and quiet—rendering the first month of the year one of the best times to absorb its abundant beauty.

Happen to be one of the lucky ones heading here post-New Year’s? Here are 13 stellar Maui activities—all of which are sure to lift your wintry spirits:

Lumeria—a gorgeous sanctuary in Makawao—offers the ultimate in healing practices: six lush, private acres, a farm-to-table restaurant that would give Alice Waters a run for her money, a luxe spa complete with reiki and Hawaiian-style massages, and daily courses in yoga, meditation, and hula. In other words, Lumeria is the perfect place to detox from the holidays. Stay for a night to recuperate, stay for a week to revivify completely—or, if you’re a lady looking to exceed her New Year’s resolutions, sign up for January’s Feminine Mastery’s Women’s Retreat, a meditative experience complete with a day trip to Lana’i. 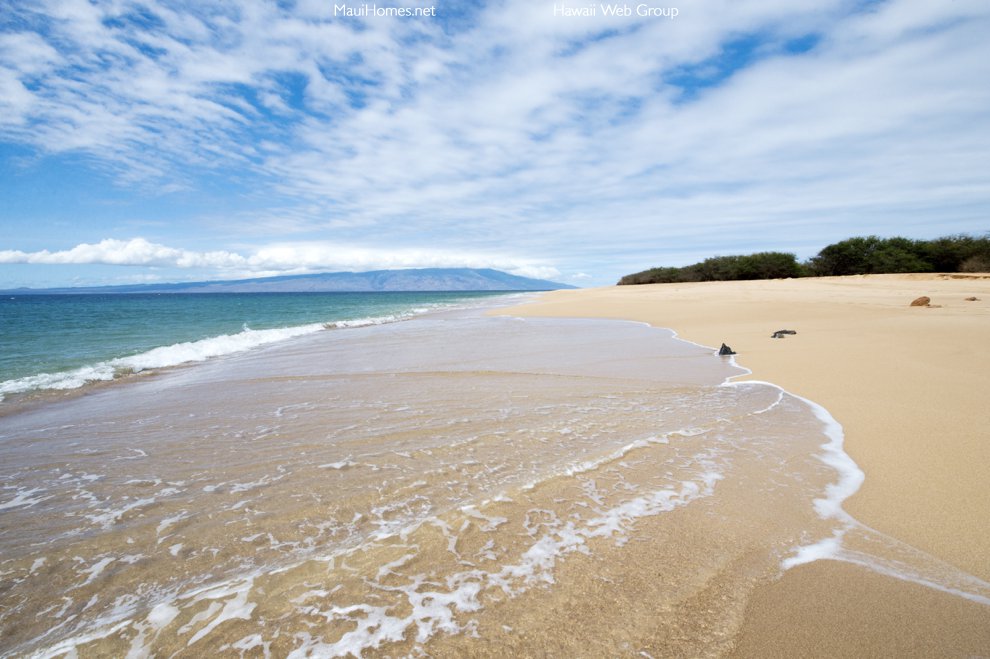 It isn’t just humans that migrate towards balmier temps during the dead of winter: Each year, 12 to 14 thousand North Pacific Humpback Whales journey to the waters off of Maui to calve, nurse, and play. World-renowned for their acrobatics, they’re readily seen from the island’s shores but are best experienced from an up-close-and-personal perspective. Red Line Rafting offers intimate, daily excursions out of Kihei, while the Trilogy presents guests with a smooth sail aboard their deluxe catamaran vessels. 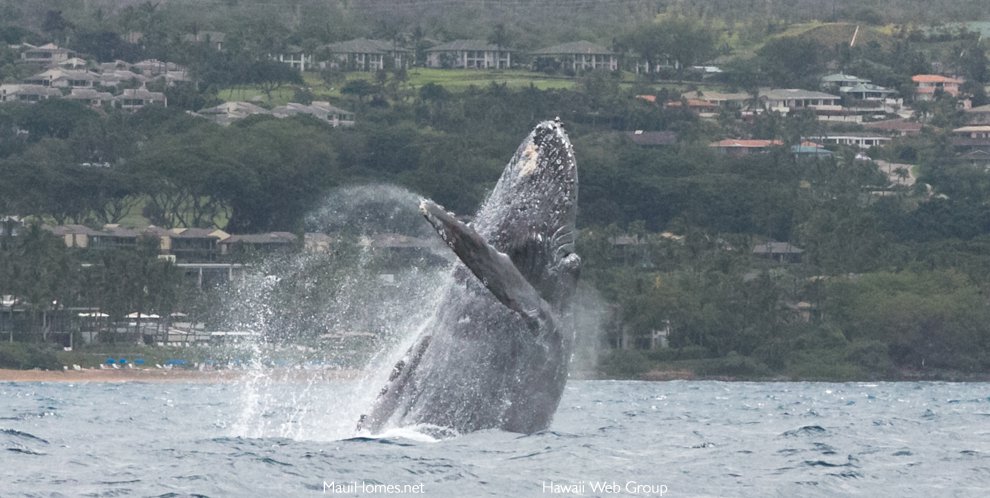 Blue Hawaiian Helicopters, an award-winning outfit that’s been serving the Hawaiian Islands for more than 32 years, knows the ins and outs of Maui—literally. Deemed “Hawaii’s premiere helicopter tour company” by National Geographic, Blue Hawaiian pairs authority with safety aboard their ECO-Star crafts, which dip into luxuriant valleys, hover over hidden waterfalls, and swoop over the slopes of the world’s largest dormant volcano. With tours that range from West Maui and Molokai to a cruise over the ‘Alenuihaha Channel to the Big Island, Blue Hawaiian impresses and exhilarates in equal measure. 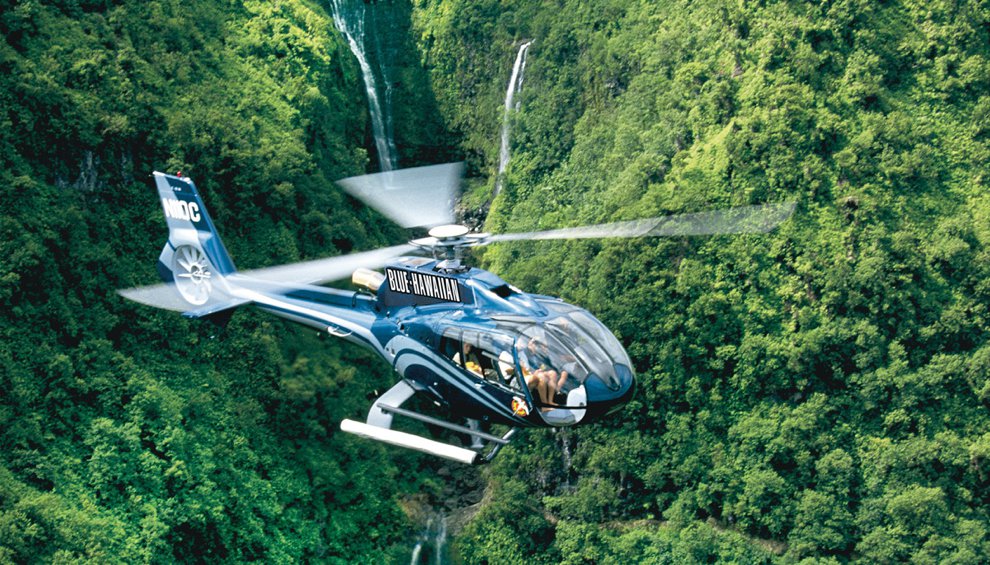 Living on Maui needn’t be a pipe dream with Fred Haywood Realty. Helmed by Maui born and bred Haywood, this warm and welcoming real estate company prides itself on getting some of the finest listings on Maui, from beachfront condos in sunny Lahaina to luxury homes in Wailea and Upcountry Maui. Take a day to contemplate living Maui style. 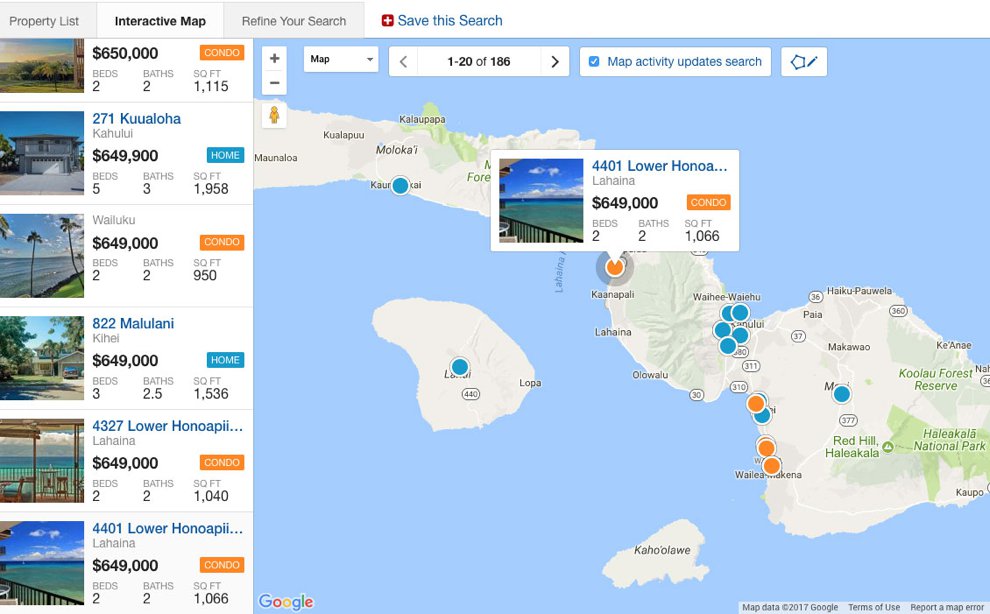 Willie K made his mark on Maui at Hapa’s, a now-defunct restaurant and nightclub that was once a Kihei landmark. Since then, the Lahaina-born musician has gone on to become a household name far beyond the islands. It’s no wonder: the Grammy nominee creates soulful medleys with his combination of rock-and-roll, Hawaiian, reggae, the blues—even opera. Now in its sixth year, the Willie K & Friends BluesFest presents an evening celebrating Willie’s wonder and those of his most talented friends. Can’t make it to the Maui Arts & Cultural Center during your stay? Check out Willie’s show at Mulligans on the Blue Wailea the man knows how to bring down an Irish pub to boot.

6.  Go on an Eco Tour of Haleakala

Haleakala—the massive shield volcano that comprises the eastern half of the island—is a must-see on any Maui trip, no matter the month you might be traveling. But in the wake of the holidays’ materialism, January is the best time to give back to the planet. Accomplish that and more with Haleakala Eco Tours, which takes guests up to the summit (a staggering 10,000-feet above sea level) and into an informative course on the volcano’s myths, geology, and history, with a special emphasis on the native Hawaiian experience and cultural awareness. Best part yet? Haleakala Eco Tours gives direct financial benefits to local conservation efforts. 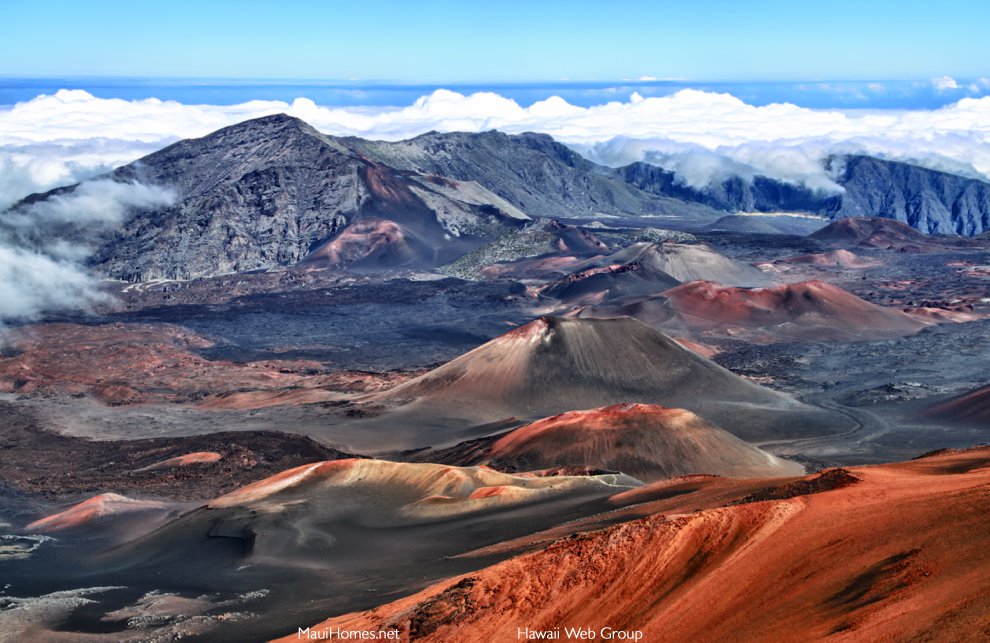 Vacations were once synonymous with me-time; these days, there’s a growing interest in holidaying with a purpose. Find yours by signing up for the Maui Oceanfront Marathon, which will benefit local nonprofits (and serves in partnership with the Sister Marathon Peace Initiative (SMPI), an organization that “promotes world peace and spreads goodwill through the sport of marathon running”). The scenic trek starts in Wailea and ends in Lahaina, giving you and your fellow runners a hypnotizing view of Maui’s breathtaking coastline.

The Mill House Maui is known for teaming bold flavors and beautiful plating with a serious eco-conscience: Executive Chef (and ‘Aipono Chef of the Year award winner) Jeff Scheer relies on the crops grown outside his kitchen at Maui Tropical Plantation to put together dishes that are as astounding in taste as they are in their ingenuity. The cocktails are extraordinary, the desserts are wholly memorable, and the plates, ranging from bites to mains, are exquisite. As for the location itself? It’s downright unforgettable. 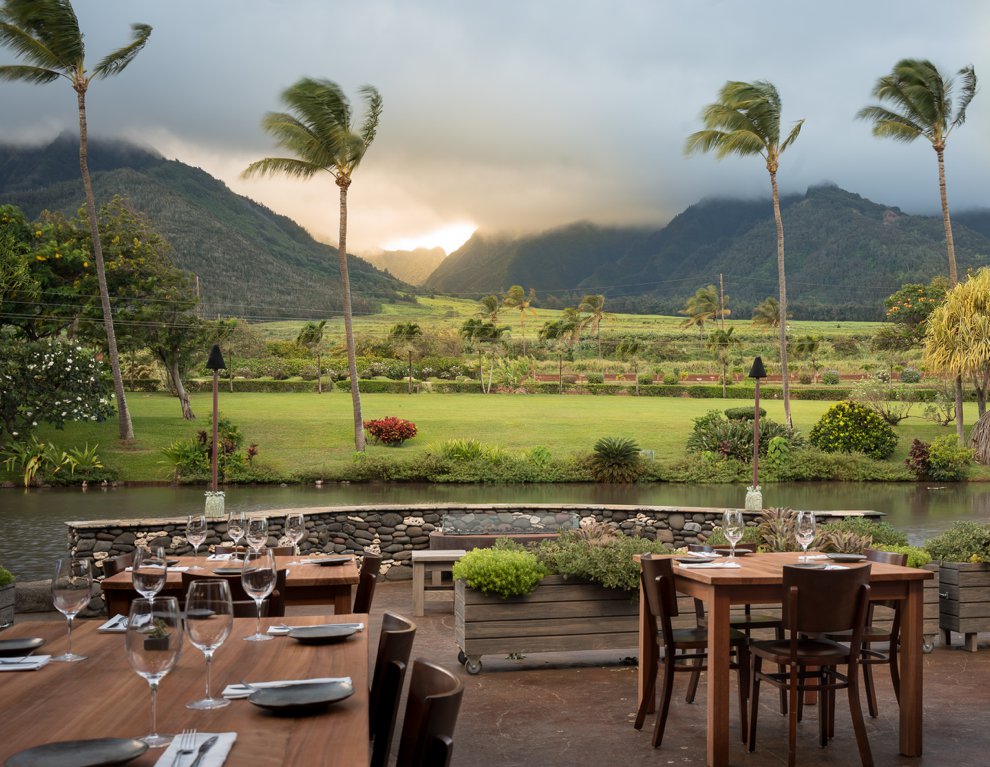 9.  Witness Some of the World’s Largest Waves

The mood on Maui may be mild in January (thank the smaller crowds for the quiet) but the ocean this time of the year is, well, downright wild—at least on the North Shore, where tow-surfing was partially invented and which sees enormous breaks throughout the winter season. Peahi—or “Jaws”—may be the best place to view skyscraper-high waves (as in an astounding 70 feet), but Ho’okipa and the West Side’s Honolua Bay are also top-notch spots to get awestruck by the Pacific’s antics. 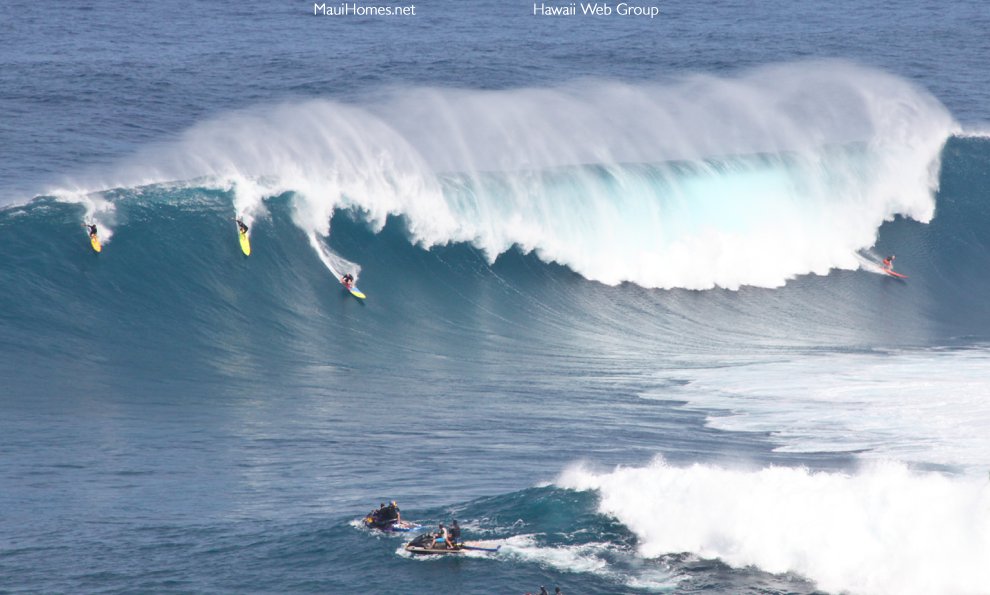 Attempt the Lahaina Pali Trail in the summer months and you’re guaranteed to break a sweat—and that’s putting it lightly. With sparse vegetation and an arduous ascent (“pali,” after all, means “steep slope” in Hawaiian), the trail—which provides spectacular views of Haleakala, the central valley, and North Kihei’s Kealia Pond National Wildlife Refuge—is often deserted in the sultrier season for a reason. But come winter and its leeward location is a boon for hikers: warm enough to let those muscles work with ease but cool enough to sustain your energy. You’ll need it: roundtrip, the hike is a calve-burning 10 miles and 11 hours from the west trailhead. (Our advice? Hike with pals and leave a car on the other end.) And yet the Lahaina Pali Trail is well-worth the effort: climbing 1,600 feet, taking you in close proximity to Kaheawa Windmill Farm, and offering generous views of the outlying isles, this trail is a fantastic place to see the vastness of Maui Nui—and perhaps espy a whale while you’re at it. 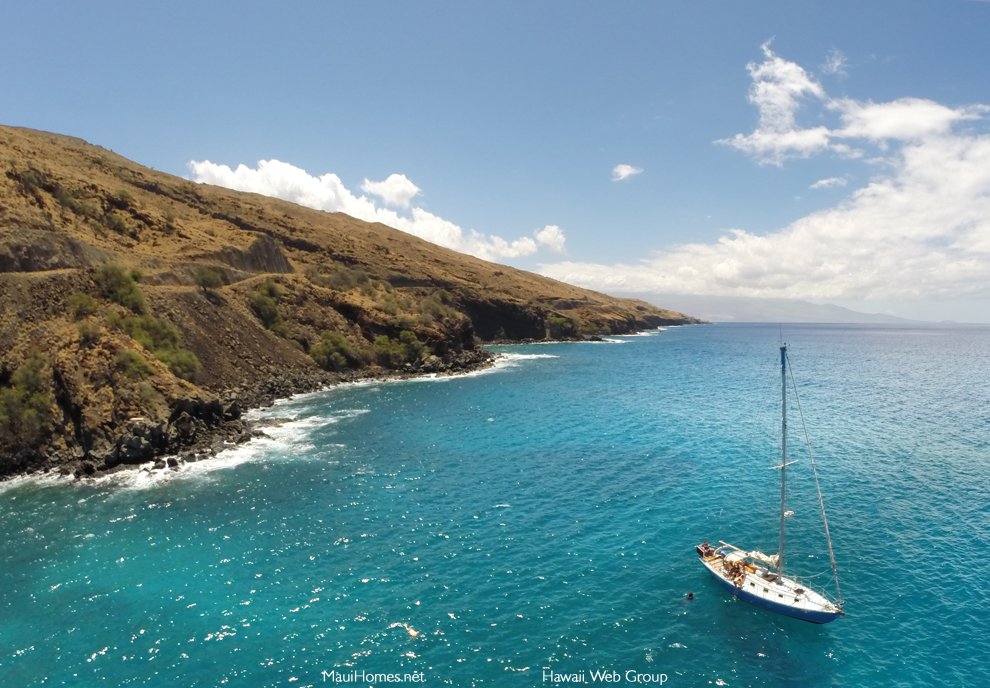 Maui isn’t just prime real estate for snow bunnies and sugarcane: the humid weather and volcanic soil provide the perfect breeding ground for some of the richest coffees on the planet. And while a number of independent stores are known for their excellent island brews—Akamai Coffee Co., The Coffee Store, and Grandma’s Coffeehouse chief among them—there’s nothing quite like sipping a mug of French- press brewed with beans you can practically see in the distance. Experience this on a chilly January day at the Maui Tropical Plantation’s Mill House Roasting Cafe, where expert baristas won’t roast a single bean until your order is placed. Their Mokha Java is divine, their Peaberry terrific, while the shop’s old-world charm—including antique coffee grinders—somehow makes the experience all the more delicious. 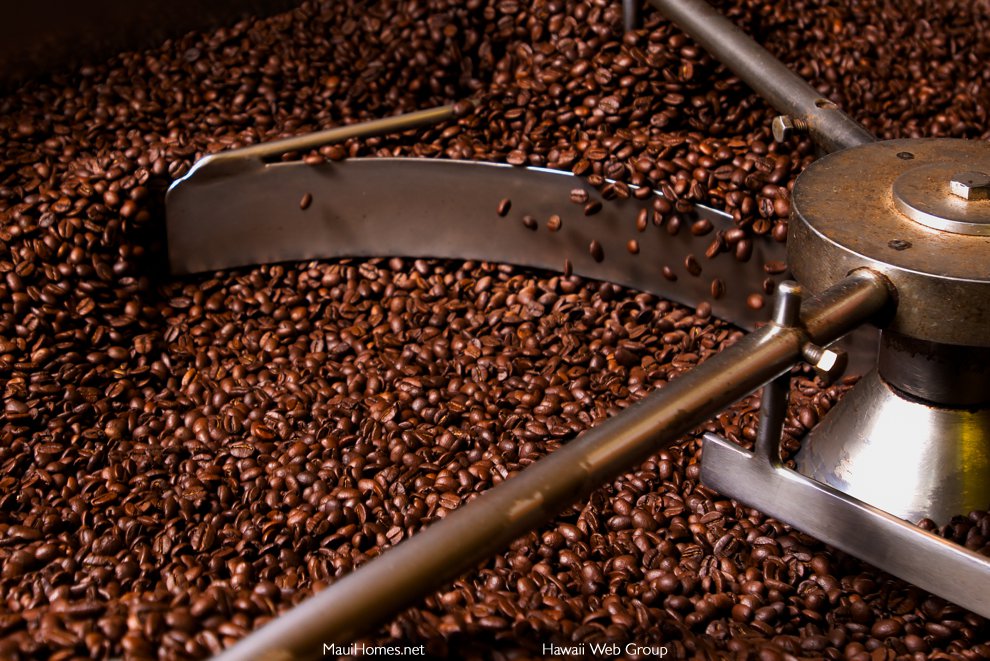 Parts of the Valley Isle are lavish as is—Hana, anyone?—but its golf courses offer a different kind of splendor. So is it any wonder why Maui’s verdant West Side is home to the annual PGA Sentry Tournament of Champions? Located at The Plantation Course in Kapalua, the four-day, all-star event tests the skills of the world’s champs as they strive towards a—wait for it—$5.9 million purse. Can’t be bothered spectating? Dine at The Plantation House, which serves rib eye and sashimi from the 19th hole (views of the Pacific complimentary).

Bill Maher has been delighting crowds at the MACC for six splendid years, where he pairs his Real Time humor with candor and political acuity at his annual New Year’s Day fete. This year, he’ll be joined by Bob Saget—he of Full House fame—and comedic impersonator Reggie Brown (whose deft imitations of Obama have earned him international acclaim). Maher may be a mainlander but the venue, laughs, and community he attracts are 100% Hawaii. 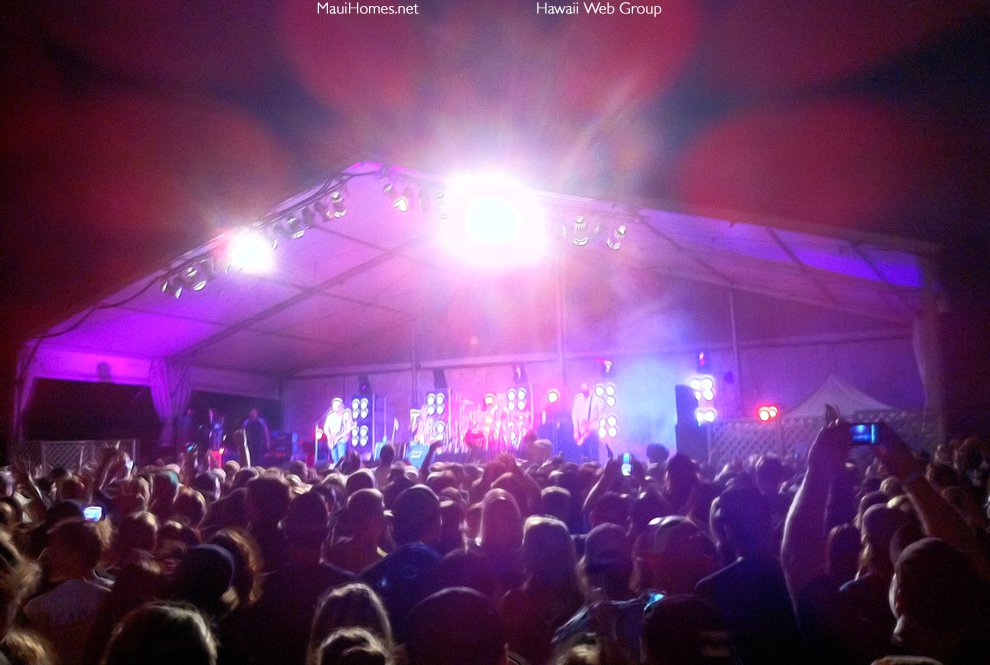